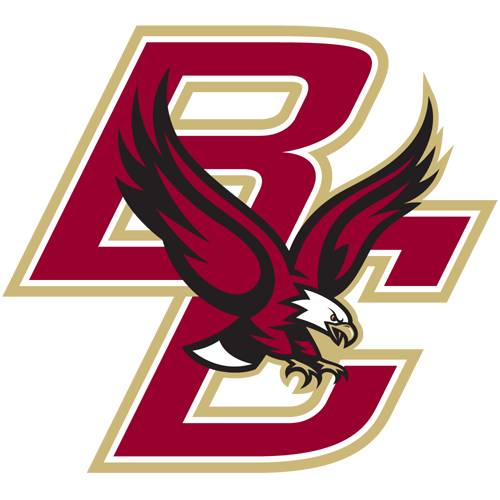 Phil Jurkovec from Pine-Richland High School finished his high school career in Pennsylvania with more than 11,000 passing yards in less than three years and led Pine-Richland to a 16-0 record and a state title in his senior season of 2017. He was rated a 4-star recruit by ESPN and handed a 4-star grade by 247 Sports and joined Notre Dame ready for the following season

In 2018 as a freshman, Jurkovec saw action in only one game and In the following year, he played in 5 games as he passed for just 222 yards.
After season's end Jurkovec decided that a transfer to Boston College was the best option for him after two fruitless years at Notre Dame. It was a wise choice -- and as a junior in 2020 Jurkovec played in 9 games. He passed for 2213 yards on 286 attempts with a completion percentage of 61.9 for an average of 7.7 yards per attempt, with 15 TDs, with a QB rating on the year of 99.0. As a runner, he added 53 runs for a total of 322 yards at an average of 6.1 per run.

In 2021 as a senior Jurkovec suffered an injury in week two resulting him in missing half the season, still during 6 games he managed to throw for 914 yards on 96 attempts with a completion percentage of 54.2, with 7 TDs, while taking 7 sacks, and totaling a QB rating of 93.8.

Phil Jurkovec has faced adversity while at Notre Dame and is now in a much better situation at Boston College. He has excellent athletic skills, has ideal height, is a good runner with decent speed, is generally accurate, and has an NFL-level arm who is able to make all the requisite throws. He however is far from a finished product, as despite playing for four years he has only thrown fewer than 300 passes in total and the experience does show in his play. For Jurkovec to be considered by pro teams as worthy of a high pick he'll have to show serious improvement in 2022. Currently, we view him as a likely fourth-rounder in the 2023 NFL Draft.